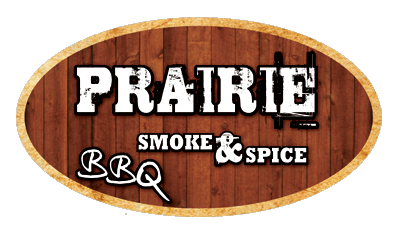 Bring our award-winning flavours into your home! This is our championship BBQ sauce, developed over many years on the competition circuit. You’ll taste hints of fruit and caramel with a delightful kick at the end. It’s the perfect combination of sweetness and slow lingering heat. Apply to chicken, ribs, pork – use your imagination!

Shipping or pickup available. Pickup either at Prairie Smoke & Spice HQ in Regina, SK or at a BBQ Competition we attend. Shipping by Canada Post.  Contact us for details: info@prairiebbq.com

A long time in development and finally available for purchase as of 2015!   This is our competition BBQ sauce, designed to complement the flavours found in real barbecued ribs, pork, and chicken.   Now that it’s in production we have been entering it in competition on its own, right out of the bottle.  Right out of the bottle, this sauce won 5th place at the 2014 Jack Daniels World Championship Invitational Barbecue in Lynchburg, TN.  It was also used in 3 of our categories that led to several Grand Championships and Canadian Team of the Year for 2015.